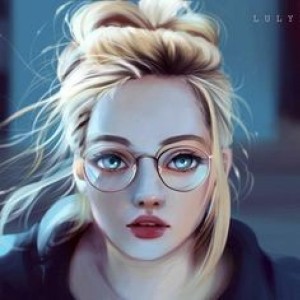 The idea of pre-selection comes with lots of controversies, in fact, different people might have different views regarding the idea of pre-selection as women tend to be attracted to the one who’s center of attraction of most women in the vicinity while others take it as being dishonest or cheating on a partner- if you are dating many girls at the same time. Most of the time Common sense symbolizes the pre-selection of men as “being pervert”, “asshole”, “womanizer” etc. However, it does have some basis that preselection makes a man more attractive than the other way round. If a man at the bar, club, office, or anywhere else, has the ability to snag five women he might be able to attract twice of them afterward- whether they like him or not. However, as a person, you must be extremely careful not to lose face in front of anyone and maintain a decent human being image. As women are accustomed more social than men, so pre-selection doesn’t mean to meet a girl and then meeting the girl right next to her ( although it does help sometimes but not ALWAYS as the hit rate can be lessened). Rather going harmoniously as meeting a girl and then observe that which one of the girls is trying to snatch your attention or came to sit at the same place or next to it were the very first girl was sitting initially.

Men who are taken act and speak differently from those being single. They also do not yearn for sex and intimacy. Moreover, choosing a taken guy is a “safe bet” for women, as they were pre-selected by other women must be because some special qualities. Preselection also makes man’s mindset to be switched from how can I make her like me? Or the other hand, I don’t want to screw everything up to “yeah girl, you seems to be very attractive but I want to know who you are as a person first. It will make you not looking for sex only- as sex is very cheap for men. Then you can go on date with dominating power and abundance rather than being desperate to make girls happy and make them stick around you. In this, a man can be more attractive as greater number of women will notice, and if not all of them, ¾ will definitely have secret desire to be with you. Therefore, a girl will like you naturally, being wanted is definitely better then wanting for.

Preselection is the power to draw in girls, as you will allow them to see you being engaging with other girls. Preselection is helpful in one alternative space too, restoring attraction in relationships or “just friends” things. It even works once you have unintentionally placed a woman in auto-rejection; preselection is one in all and the only things that may bring her back. It will nearly be a magic pill once you are still starting: you do not have your attractive ambiance down yet, you do not have a solid method, you do not ooze confidence and drip personal appeal and emit sexual practice signals just like the guy who’s been at this an extended time… yet, a touch of preselection, and suddenly it’s near within the bag with the following lady you meet.

As women more sensitive to social-proof and pre-selection when a girl sees a man being the center of attention of most women or being respected by the people- especially those she admires in any way or want to be with. While some other things like confidence, generosity, along pre-selection will add up to the overall profit.